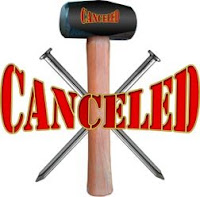 Due to exorbitant security and marshaling costs, the Provincial Marathon and Half Marathon originally scheduled for September 27 2009 have been canceled.

These costs were originally pooled for all races and covered by the $3 fee charged to participants at every sanctioned race. However this arrangement has been changed mid-season and now each club is responsible for their own security and marshaling arrangements for any races they organize.

The security charge for last year's event was over $2500. Organizers are exploring options to reduce this cost and are working with the NLAA Road Race Committee to get these races reinstated.